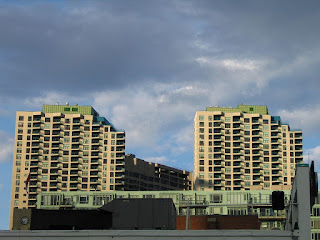 How do you go about gauging how much speculative investment activity there is in Toronto’s condo market?

If you’re industry observer Urbanation, over a certain period of time you track the number of condos that are purchased on the resale market and then subsequently rented out.

When the Toronto-based firm did exactly that for this year’s second quarter, it found that the number of existing condo units sold and then rented on the Toronto Real Estate Board (TREB)’s multiple-listing-service system surged by 57 per cent compared to the same period in 2016.

In all, 622 units were first purchased — and then rented out — on the MLS system in that three-month timeframe, admittedly a “relatively small” sample size, according to Urbanation.

But those transactions represented an 8.5 per cent share of activity in the segment, up from the 5.2 per cent share observed over the same period last year, according to Urbanation’s exercise.

While Ontario introduced a foreign-homebuyer tax for the Greater Golden Horseshoe, which Toronto is a part of, in the first month of this year’s second quarter, the Urbanation data suggests it didn’t have a significant impact on the condo market.

Click here to read the rest of this article....