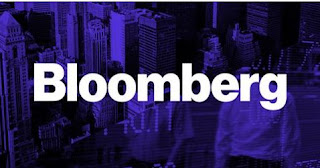 A surge in prices for existing homes in Vancouver and Toronto is fueling new construction in Canada’s two most expensive cities.
Housing starts jumped to an annualized pace of 218,333 units in June, the Canada Mortgage & Housing Corp. said Monday, the highest since September and a 17 percent increase from a month earlier.
The data suggest builders are responding to a pick-up in prices in Vancouver and Toronto, while scaling back in markets that are less robust like Montreal, which saw a drop in starts. Toronto and Vancouver accounted for 37 percent of new construction in June.
“Residential construction activity remains a highly regional story in Canada, as it should given how widely economic conditions differ below the surface right now,” Robert Kavcic, senior economist at BMO Capital Markets, said in a note to investors.
Economists had forecast a reading of 189,500 units according to the median of 16 responses to a Bloomberg survey.
There has been increased scrutiny of housing markets in Toronto and Vancouver amid worries price gains there may not be sustainable, with most of the focus by policy makers on whether demand is overinflated. Realtors, however, have been blaming supply constraints for the price gains.
Click here to read the entire article...
For information on buying or selling and the current real estate market, contact me by email or call 416-322-8000.
Posted by Your Davisville & Leaside Insider at 9:00:00 AM

Bosley is around the corner

Visit My Other Site